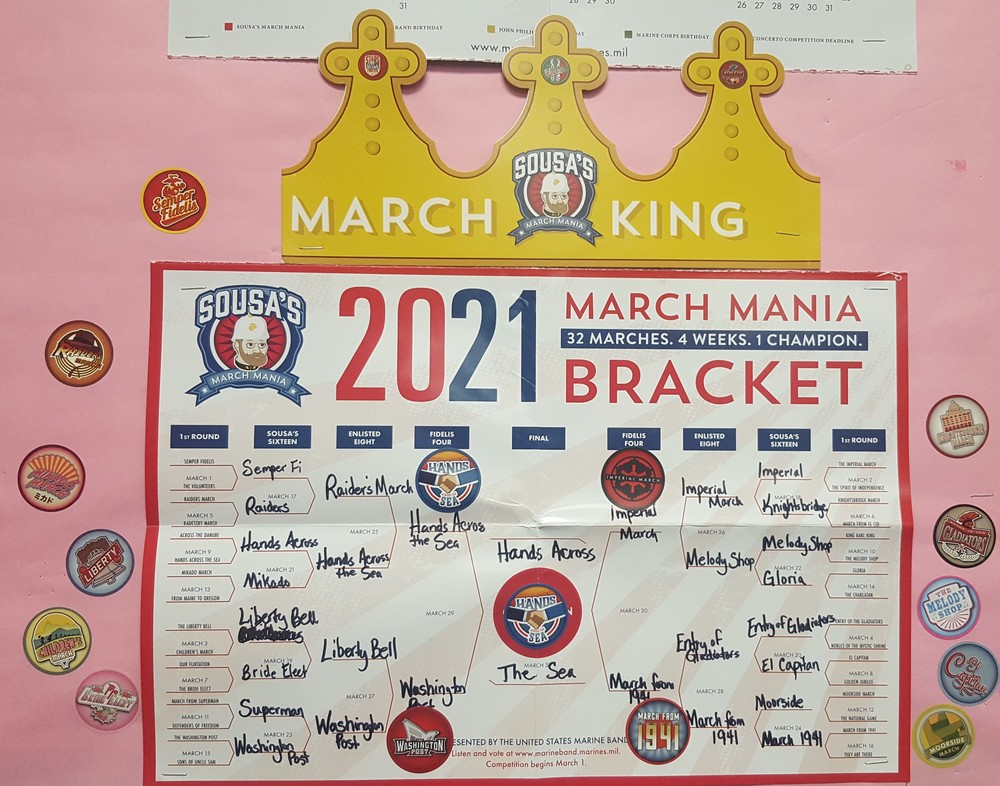 Music students from 3rd grade to 8th grade learned about John Phillip Sousa, the March King (due to the number of marches he wrote). "The President's Own" United Stated Marine Band sponsored a play off competition called Sousa's March Mania. Students listen to 2 marches each day from March 1 to March 31st. Then they voted for their favorite and were able to vote as a class each music day. It was a bracket play off to coincide with March Madness in college basketball.

The champion was "crowned " yesterday with first place winner being "Hands Across the Sea" written by John Phillip Sousa. 2nd place was the "Imperial March from Star Wars" written by John Williams.

The 5th and 6th grade general music classes were the main voters and received pins to wear to commemorate their participation. It was great fun to listen to all the different  march styles through the month!